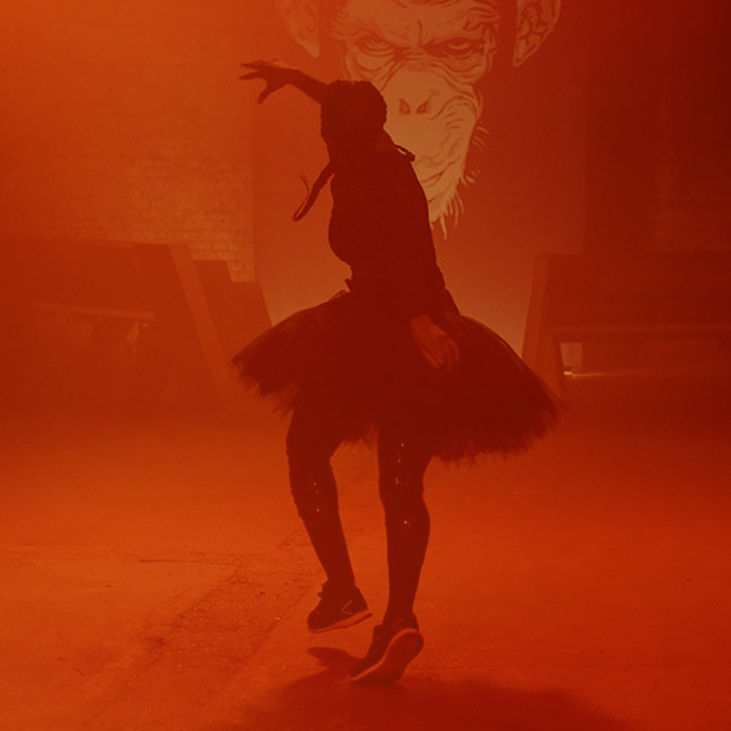 Performed by Botis Seva’s dance company Far From the Norm, Orator was a 360 degree dance installation brimming full of provocative visual imagery. The lines between spectators and performers were blurred as audiences were encouraged to roam deeper into Orator’s lair. Orator achieved a sold out a five night run at VAULT Festival in Waterloo, the largest underground festival in the UK in February 2016. Aurelia Soundworks worked with Far From the Norm to design the spatial sound installation within this unusual underground venue. The audience and performers shared the same space and we developed several zones within the space which were experienced at different points in the piece.

Sound Designer’s Scoop
“Far From the Norm are one of the most exciting dance companies I’ve had the pleasure of working with. The energy of the performance is unbelievable and the sound implementation had to live up to this in the challenging acoustic environment of a tunnel!”

Far from The Norm

By the Sound of Things

Reeps One: Does Not Exist

Give us this day